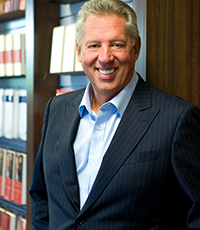 John C. Maxwell is a #1 New York Times bestselling author, coach, and speaker who has sold more than 30 million books in fifty languages. He has been identified as the #1 leader in business by the American Management Association and the most influential leadership expert in the world by Business Insider and Inc. magazine. He is the founder of The John Maxwell Company, The John Maxwell Team, EQUIP, and the John Maxwell Leadership Foundation, organizations that have trained millions of leaders from every country of the world. The recipient of the Mother Teresa Prize for Global Peace and Leadership from the Luminary Leadership Network, Dr. Maxwell speaks each year to Fortune 500 companies, presidents of nations, and many of the world’s top business leaders. He can be followed at Twitter.com/JohnCMaxwell. For more information about him, visit JohnMaxwell.com. 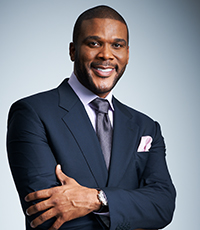 Tyler Perry is an established American actor, director, screenwriter, producer, playwright, author, and philanthropist. Tyler started his career writing plays, many of which later became the inspiration for his film projects and included the introduction of the iconic character, Madea. Tyler’s first feature film, Diary of a Mad Black Woman, debuted at number one nationwide in 2005. In the decade since, the 18 films directed by Tyler have all been met with massive commercial success and grossed nearly $2 billion. He has also stepped on the other side of the camera for other directors including David Fincher for Gone Girl, Rob Cohen for Alex Cross, Dave Green for Teenage Mutant Ninja Turtles: Out of the Shadows, and helped release Academy Award-nominated Precious as Executive Producer. Tyler has also made an indelible mark in the television space. In 2007, he debuted the TBS series “House of Payne” which broke cable rating records, and later launched the equally successful “Meet the Browns” on the same network. In late 2012, Perry partnered with Oprah Winfrey to bring scripted programming to her cable network, OWN, with For Better or Worse, Love Thy Neighbor, If Loving You is Wrong, The Paynes, and The Haves and The Have Nots, which continues to break ratings. In July 2017, Perry continued to grow his empire by announcing a mega multiyear content partnership with Viacom covering TV, film, and short form video projects. In addition to currently working on his television series, in Fall 2017, Tyler released a book, Higher is Waiting, and the feature film sequel to his box office hit Boo! A Madea Halloween, which took top spot at the box office on opening weekend. Next up, Perry is set to release Nobody’s Fool starring Tiffany Haddish with Paramount and A Madea Family Funeral with Lionsgate which will bring his popular character back to the big screen. Perry also recently completed production on Adam McKay’s untitled feature film about Dick Cheney, in which he will play “Colin Powell.” 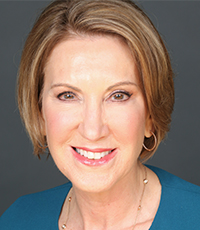 Carly is a true leader and a seasoned problem-solver. she is a passionate, articulate advocate for entrepreneurship, innovation, and effective leadership. Carly started out as a secretary for a small real-estate business and eventually became the first woman ever to lead a Fortune 50 company. Carly was recruited to lead HP in 1999, during the worst technology recession in 25 years. While there, she re-focused the company on innovation and market leadership again. Under Carly’s leadership, revenues grew, innovation tripled, growth quadrupled, and HP grew to become the 11th largest company in the U.S.

After leaving HP, Carly focused her efforts on giving back. Prior to announcing her candidacy for the Republican nomination for President in 2015, she served as the Chairman of Good360, the world’s largest product philanthropy organization, and as Chairman of Opportunity International, a Christian-based organization that lifts millions out of poverty around the globe through micro-finance. She is also founded the One Woman Initiative in partnership with Secretary of State Condoleeza Rice, to engage and empower women in Pakistan, Egypt, India, and the Philippines through increased access to economic opportunity. 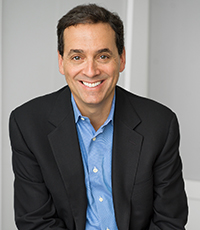 Daniel Pink
Best-Selling Author, To Sell is Human: The Surprising Truth About Moving Others, Drive, and a Whole New Mind

Daniel H. Pink is one of the best-selling nonfiction authors of the last decade. His books on work, business, and behavior have been translated into 35 languages and have sold more than 2 million copies worldwide.

Pink was host and co-executive producer of Crowd Control, a National Geographic Television series on behavioral science. He also appears frequently on NPR’s Hidden Brain, the PBS NewsHour, and other TV and radio networks in the US and abroad.

He has been a contributing editor at Fast Company and Wired as well as a business columnist for The Sunday Telegraph. His articles and essays have also appeared in The New York Times, Harvard Business Review, The New Republic, and other publications. In 2007, he was a Japan Society Media fellow in Tokyo, where he studied the country’s massive comic industry.

In 2015, London-based Thinkers50 named him, alongside Michael Porter and Clayton Christensen, as one of the Top 10 business thinkers in the world.

His TED Talk on the science of motivation is one of the 10 most-watched TED Talks of all time, with more than 19 million views. His RSA Animate video about the ideas in his book, Drive, has collected more than 14 million views.

He currently serves on the advisory boards of HubSpot, Heleo, Betterment Institutional, and RiseSmart.

Before venturing out on his own nearly 20 years ago, Pink worked in several positions in politics and government, including serving from 1995 to 1997 as chief speechwriter to Vice President Al Gore.

He received a Bachelor of Arts degree from Northwestern University, where he was a Truman Scholar and was elected to Phi Beta Kappa, and a Juris Doctor degree from Yale Law School. He also received honorary degrees from Georgetown University, The Pratt Institute, the Ringling College of Art and Design, and Westfield State University.

Pink and his wife live in Washington, D.C. They have three children – a college sophomore, a high school senior, and an eighth grader. 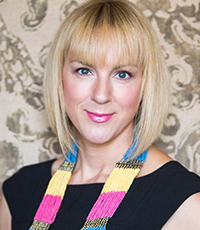 Debra Searle is a professional adventurer and serial entrepreneur. Her expeditions have included rowing solo and unsupported across the Atlantic and sailing around Antarctica. As well as other expeditions across the globe, she has also launched four companies, is a published author, has worked as a host for BBC and won gold medals for Great Britain at World Championship level. Debra’s spirit of adventure gained her an MBE from Her Majesty the Queen and a place on the board of The Duke of Edinburgh’s Award. She later co-founded the Business Women’s Network Forum which meets at Buckingham Palace.